John Dickinson was one of the finest lawyers of his time in America .  His understanding of law, legal reasoning and drafting capabilities were widely called upon during our country's founding.  Historians know him as  "The Penman of the Revolution," since he wrote more political pamphlets, articles and legal documents than any other patriot in support of America's struggle to become a nation.

As a consequence of his studies at England's most prestigious law school, Dickinson revered the principles of English law and believed liberty for the colonies was achievable through peaceful means.  This approach explains his "steadfast opposition" to more radical voices seeking independence.  When the Declaration of Independence was signed, he abstained, asserting that without France or other allies and with no plan for a stronger union the timing was not right.  When offered the chance to sign on afterwards, as Robert Morris and others had, he declined.  While such forbearance showed moral courage, it brought temporary contempt among his peers which might explain his undeserved obscurity today.

Dickinson's career involveing politics for Pennsylvania, Delaware, and the nation began at age  27 in 1759 when he was elected to the Delaware Assembly representing Kent County and lasted 34 years until his retirement .  In 1767-68 he gained world fame, second only to Ben Franklin, for his  Letters from a Farmer in Pennsylvania to the Inhabitants of the British Colonies which appeared in series as 12 different letters in virtually every American newspaper and were widely read in Britain and other European countries.  Dickinson wrote under the fictional pseudonym of a mild mannered, ordinary, but well educated farmer protesting the Townshend Acts which in his view were illegal, representing taxation without representation. Beyond clever legal arguments, the appeal of these letters had a unifying influence throughout the 13 colonies. Colonists were beginning to realize they had shared problems. Dickinson's writing had made a huge contribution towards the formation of the United States.

Subsequent to the Declaration of Independence in 1777 Dickinson rewrote the Articles of Confederation and it was here that he first named the new government the United States of America. In 1787 at the Constitutional Convention Dickinson helped shape the Constitution.  Three Dickinson proposals standout: the "Great Compromise" for power sharing among the states, the notion of federalism with sovereignty split between the federal and state governments, and  a system similar to the British version where tax bills could only originate in the lower house.  During the Convention it was clear that without permitting the evils of slavery to continue, the southern states would never ratify and a union could never be formed. 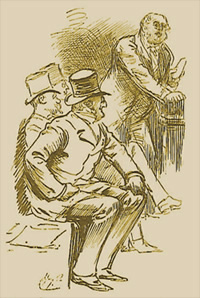 Abolitionists, including Dickinson who had earlier manumitted all his enslaved African Americans, realized that for the south there was no middle ground.  Nonetheless as a start, slave trading had to be abolished. Dickinson, with others lobbied for such a measure and finally language was included in the Constitution that would halt the importation of slaves by1808.  Of course the heinous crime of enforced slavery continued in America not to officially end until December 6, 1865 with the passing and ratification of the Constitution's 13th amendment.

CLICK HERE to read a lecture given to The Friends of the John Dickinson Mansion in 1967 by Mr. Edwin Wolf, 2nd, a nationally known historian and bibliographer.