The objectives of The Friends as summarized in our Certificate of Incorporation include:

Over the years the Friends have undertaken many projects to achieve these goals.  In the 1950’s Mr. Henry Francis duPont, the founder of Winterthur Museum and a member of the Friends, headed a committee that furnished the Mansion. Since then the Friends have continued working with the State to obtain Dickinson family items as well as silver and other authentic historical furnishings for the house.

The Friends have funded and commissioned research for publications about John Dickinson including:

Financial assistance that the Friends have provided has also included funding for additional acreage and landscaping around the Mansion.  Most recently related to this, in July 2019 the Friends president, Gary Gredell sent a letter to Delaware's Governor John Carney thanking him for his efforts in passing the Bond Bill awarding the Dickinson Mansion $2 million to develop "A historically accurate landscape that connects the mansion, plantation and the St Jones River."  This project is underway now, and as Mr. Gredell states, "Once completed, should constitute a centerpiece of the State's celebration of America's 250 years of independence in 2026." 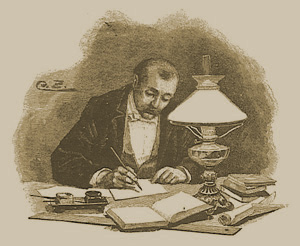 In addition, each fall the Friends commemorate John Dickinson’s birthday and gather to place a wreath on his grave at the Wilmington Friends Meeting House.

Also, at Christmas time the Friends decorate the Mansion for holiday visitors and hold a party for all its members.  Each June they hold their Annual Meeting at the Mansion with a dinner following in Dover.

The Friends of the John Dickinson Mansion encourage membership, as well as junior (under 18) membership, in their group.

All members receive firsthand information about historical, archaeological, and architectural research being carried on in Delaware while at the same time they are supporting the State’s efforts to preserve one of America's treasured National Historic Landmarks.